The reality of animal testing

I don’t know if you have ever seen a video on animal testing, but I did, and I cried.

If you thought animal testing was something of the past, think again, it is still happening but is well hidden because companies don’t want us to know. According to the Humane Society International (HSI), nearly half a million animals like rabbits, guinea pigs, mice, etc. are being blinded, poisoned and killed every year.

They still test on animals to be able to make ‘new tested improved claims’ or sell to countries that require animal testing (like China). They tell us we need it for our safety but there are many modern non-animal testing methods that have proven to be more reliable, safer and more predictive.

If you aren’t 100% confident that your product is safe to put on your OWN body without testing on an animal, then why on earth would you put it to market?

Why the claim ‘cruelty free’ can be misleading

Most of us may say that ‘cruelty free’ means that the company hasn’t tested their ‘product’ on animals. Can you spot a teeny (massive) bit of leeway in this statement? We can!

This claim is not regulated. Therefore, it is misleading and open for interpretation.

Most animal testing occurs at the ingredient level. Ingredients make up a product, right? Soooo, saying that the ‘product’ has not been testing on animals, doesn’t necessarily mean that the ‘ingredients’ inside that product haven’t been.

On the other hand, saying that ‘the brand’ hasn’t tested their product on animals doesn’t mean that they haven’t paid an external company to do so. Or that they aren’t owned by a larger company that does so.

Especially for brands who want to break into the Chinese market. Chinese law requires mandatory animal testing on cosmetic products that were manufactured outside of China. If a company wants to expand into the growing Chinese market, they must comply to these laws. You might’ve remembered the uproar around NARS announcing they would be available in China? (read more about China’s animal testing here (https://www.choosecrueltyfree.org.au/cruelty-free-china )

Where is animal testing banned?

Up to 40 countries have banned any animal testing for cosmetics, including the EU thanks to the #becrueltyfree campaign by Humane Society International. Here’s an overview of the #becrueltyfreecampaign:

Where does Australia stand in this?

Whilst animal testing is not performed in Australia, it technically hasn’t been made ‘illegal’. Neither is the sale of imported cosmetics and their individual ingredients that may have been tested on animals elsewhere. Well, not yet!

February 2019 was an exciting month for Aussies and animal lovers, the ‘Industrial Chemicals Bills 2017’ was finally passed.

If you’re like us, you’re probably thinking, why did it take so long!?

Australia will join the responsible group of countries that do not prioritise profit or vanity over suffering animals.

Will China catch up?

The reason China requires mandatory animal testing is due to poor quality and fake products that have been released into the Chinese market in the past.

With its strict policies, China is slowly taking baby steps to rule out animal testing. They’ve relaxed their mandatory testing laws on domestic products but unfortunately there is currently no way around animal testing for foreign products.

Chinese agency Gansu Province National Medical Products Association announced that post-market animal testing would no longer be mandatory on finished domestic or foreign products (that’s right, there was a pre-market AND post-market test…). Even though it’s still heartbreaking to hear, it’s progress.

China's National Institute for Food and Drug Control (NIFDC) announced that researching and developing alternatives to animal testing is at the top of their priority list.

If the Chinese government sticks to its promises, we can only hope to see mandatory animal testing phased out over the next few years. Especially as cruelty free becomes a growing demand for Chinese consumers.

What does 'Cruelty free' mean & How do I know my products are cruelty free?

Cruelty Free means that a product AND its individual ingredients were not tested on animals throughout its entire supply chain by the company or ANYONE else on their behalf. In the past, present AND future!

If that was a brain overload then we’ve broken it down below:

How can I shop cruelty-free?

If you shop with Go for Zero, we do the research and investigating for you. We guarantee that all of our products are cruelty free, just like they are toxin-free!

If you don’t shop with us; do your research, know your brands & know which bunnies to look for!

Below are the top 3 certification organisations: As more countries ban animal testing *woohoo* some brands may not see the need to gain the cruelty free certification. Soooooo, it’s important to remember that a company can still be cruelty free even if they don’t display a logo. If you’re unsure, research the company or contact them.

Follow these 4 steps to make sure your product is cruelty free:

Step 4: Still nothing? Contact the company directly, information like this should be transparent. The more that consumers challenge it, the more chance companies will rule animal testing out for good. 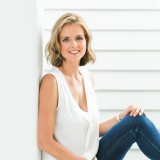